The first thing was to clear the inside up. Then I and removed the old speaker, microphone, the coiled cable and the bell.

The green wire is the GND (with the 10k Pull-Down resistors).
The red one is the Vcc.
The left blue wire goes HIGH, when it gets dialed.
The right blue wire counts, when the rotary dial gets released. (10 counts = 0, 9 = 9 and so on) 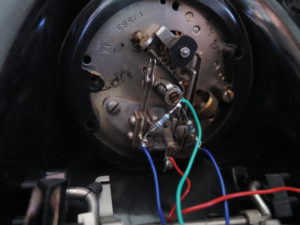 First try with my dad’s old mobile phone.
It didn’t work with these small transistors circuits and he wanted his cell-phone back too. 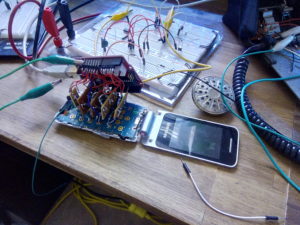 Same phone, but with the optocoupler-board.
I was able to “press” the buttons. Unfortunately something broke inside. 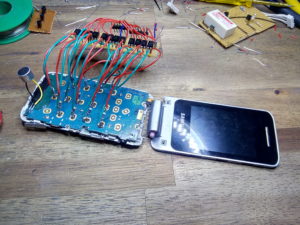 Next mobile phone was bought and cut in half. (A big-button senior phone for 30€) 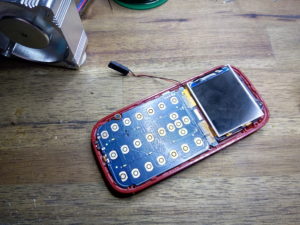 The 9 Volt block powers the microcontroller and the two logic switches.
The row of DIP optocouplers in the middle. 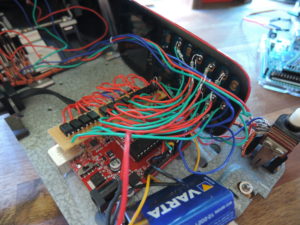 The controlling of these buttons was really annoying. 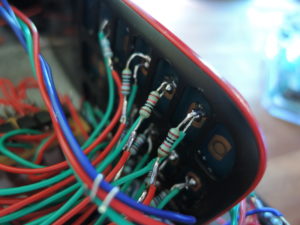 At the first try, I connected all GND’s together, but after that, nothing worked at all.
As you can see, the numbers have common GND and common +. But the other buttons don’t. 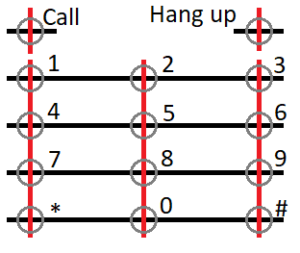 Here are the 12 optocouplers. I tried it with transistors and FET’s, but it didn’t work. 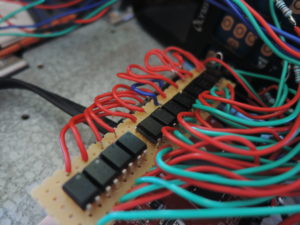 After removing the speaker and the mic, I realised that the cable had only 3 wires. Too less for me.
I found an coiled cable with 4 wires in an other telephone and pulled it into the rotary phone. (I switched the speaker and mic too)
Unfortunately, the cable was so cheap, that it consists mostly out of plastic instead of copper. (Which was hard to solder) 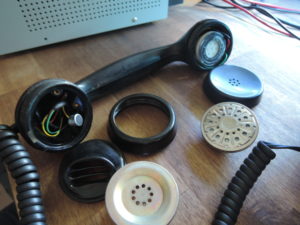 I wrote a code and uploaded it. Switched the battery on and made about 50 test calls. (I became addicted to the “echo”, made with my other mobile phone) 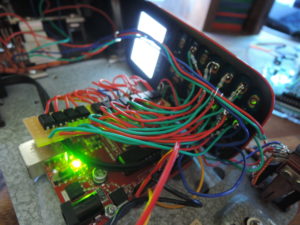 The white button is for accepting a call and to make a call. 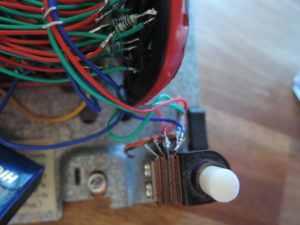 To get to the start screen or if you want to hang up, put the telephone receiver to its place or push it with your finger. 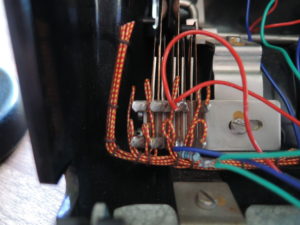